Mark: The timing was right.

Barbara: Yeah, it was time. It was just time. So it’s been a little while, so we just wanted to make a video to kind of talk about what we went through and how it affected the business.

Mark: It affects your business.

Barbara: Yeah, the reach just wasn’t happening at all. And it takes a lot of work to maintain a Facebook page along with all of the other social media platforms, even if you are repurposing the content like we were. It was still a lot of stress to think about the captions and the times to post and try to get the organic reach and it just wasn’t happening. Every time we would post something, we would be hopeful and it would just fall flat.

Mark. The numbers kept getting lower and lower and that’s a business move on their end. It’s a pay to play basically. So we would post something and immediately afterward they would be like “boost this post. Give us money and this will actually get seen”. So we don’t feel like that’s a very good platform or good strategy because we can post on a platform like YouTube and this video will live forever and on Facebook, that video will disappear in like a day or two.

Barbara: Right. It moves so quickly on Facebook. They always want new, fresh content. Whereas you might watch this video a year from now and it’s still relevant. So we were like, why are we wasting so much time on Facebook if no one is really seeing the posts to begin with. All of the followers that we have are barely seeing the content and it’s going away so quickly that we would have to share it 3 -4 times before everyone on our list would actually see it and even then, it probably wouldn’t have happened.

So we didn’t just do this without looking at our numbers and we looked at our Google Analytics and we were like, “okay, this is really not working. We’re not getting any traffic”.

Mark: So I would add, we never…I think one time we explored with ads. So if you run a business on Facebook and you rely on the ads and it’s working for you, great. It works for some people. So what we’re talking about is if you’re trying to use Facebook at the business level and you’re trying to do everything for free, there’s a very good chance that you’re just wasting your time. And that’s why we wanted to make this video. To make it very clear that a lot of these posts just do not get seen.

Barbara: Yeah, at least for us it was not working at all. And I know plenty of people that do have success on Facebook. A lot of those people are doing paid campaigns and it works really well for them. And like he said, we did try that a few times over the years we’ve been in business and it didn’t really do much for us. I think we’re not really in the type of business that works well on Facebook, so we kind of stopped doing that and just focused on the organic stuff and the organic was just really going down. People weren’t seeing it. It wasn’t really getting the reach that we had hoped for.

So we looked at those numbers and we were like, “okay, it’s definitely not worth all of the effort that we’re putting into it, so we decided it is time.

And another big reason is we just don’t really like the Facebook platform if we’re being honest. I mean, you’ve probably, if you use Facebook, have thought the same thing at one point or another. Like oh man, Facebook is kind of a toxic place, there’s a lot of fighting, there’s not really good communication happening between people. People just get angry with each other and it just wasn’t a place that we wanted to be a part of anymore.

Mark: And we also had issues, when you run a business, we were getting solicited all of the time. There are bots. So it’s not, just like other social media platforms, there are problems with people trying to take advantage of the system. So that was another thing that we had an issue with. So we actually shut down our messenger because we were just getting…

Barbara: Spam all of the time.

Mark: All of the time. So it was like we’re wasting time on that, plus not getting seen. We were like, “this is not working.”

Barbara: So we got rid of it a little over a month ago and to be honest, like the first couple of days were kind of hard. Facebook is definitely addicting. It’s designed to be addicting. They want you to be on the platform all the time. That’s why so many people are constantly on their phones scrolling through it. Because you want to know if somebody liked your post or made a comment, or just what people are saying about the things happening in the world. So it was weird to not have it because we’ve been on Facebook for a long time. Pretty much since the beginning. Mark said it was kind of like breaking up with a girlfriend.

Barbara: So now that we no longer use Facebook, we had to adjust our marketing strategy. So that kind of gets into what we are doing now. And it’s making videos like this. It’s using Pinterest and Linkedin. Linkedin is still a platform that actually gives us good results…at least for right now.

Mark: I want to go back to the YouTube. So yeah, we are focusing heavily on creating YouTube content and what’s great about YouTube as a platform is, first of all, you can turn off comments. If you don’t want to deal with comments you can turn that off. Second is, this content will live forever. Some of our best videos were created almost 2 years ago and they’re still getting views. They are some of our biggest videos.

Barbara: And the search. People are searching for things either on Google and finding the videos or on YouTube and finding stuff.

Mark: YouTube is the second biggest search engine behind Google, so you want to be on there. And honestly, we’re surprised that not that many people are using it and you can get ranked really quick and for high keywords. It’s easier to rank on YouTube than to create blog content and all of that so that’s why we’re doing this too.

Barbara: Right, and it is more difficult, I would say, to make a YouTube video and put the time into it and edit it and do all of that stuff, but it’s something that we actually enjoy doing. Whereas on Facebook, we didn’t really enjoy it. Even though it was easier to write a post and maybe put a graphic up, it wasn’t getting the results and it wasn’t something that we really enjoyed. But we actually enjoy making YouTube videos so it’s working out well. So if you like the channel, make sure you subscribe because we are going to be making a lot more videos in the future.

Another thing that we are focusing on is our email newsletter. So Mark can talk about that.

Mark: So I just finished up this past month. Every week, I give a free SEO tip to your inbox. I’ve been promoting this on this channel, also in our blog, and especially on Linkedin. It’s a great way to get new people in is through your newsletter rather than try to engage with them on something like the Facebook platform. You want full control of your users. So that’s why a newsletter, everybody says it in this industry. You gotta get a newsletter, you gotta get a newsletter. So we’re taking that very seriously and we’ve had great results so far where people do want something that can help them.

Barbara: So, if somebody signs up for the newsletter, they are already interested in the content that we have to offer and we control the list. Whereas on a Facebook or another social media platform you don’t really have control of the following and they can change things and make it so that your content doesn’t get seen. People are going to check their email and hopefully, they get good value out of it.

Mark: You can kind of figure out what time might get the most opens, so yeah, if you have a newsletter, it’s good to kind of experiment with days and times, but you can control when people might actually open it.

Barbara: Right, so if you’re interested in getting SEO tips delivered to your inbox, be sure to sign up for Mark’s weekly SEO tips. We will leave the link in the description down below.

Mark: And the last thing was that we are focusing on Pinterest a lot too. I know she mentioned it, but yeah. We are trying to take the time that we did waste on Facebook and we’re throwing that toward Pinterest.

Barbara: Yeah, Pinterest was something that we had used a lot more in the past and we kind of dropped off for whatever reason. Maybe we just didn’t have enough time, but it does help drive a lot of traffic. Especially since we have a pretty active blog and we’re making videos and stuff. Pinterest just added some features for video publishing, so we are interested in exploring those new features. And there are changes that they’ve made to their platform and we want to see if we can take advantage of that for our business. It’s something that definitely worked well in the past.

Mark: Yes, we’re not going to miss you.

Barbara: A lot of people have asked, “Oh do you think you’re going to come back?” and I don’t think so. I mean at least right now, I’m kind of enjoying the free time.

Mark: One thing that we didn’t mention is that they give you 30 days. So they give you a 30 day window to come back basically because they know that, probably 9 out of 10 people will come back. They do that on purpose.

Mark: But we can’t come back. All of our data is gone.

Barbara: Yeah, we would have to create a whole brand new thing. It’s kind of crazy how they do that. They’re like, “are you sure you want to quit? We’ll give you some time to think about it.” But yeah, we went past that 30 day window, so everything is now gone. And honestly, it feels good.

Mark: It does, yeah, for sure.

Barbara: So, we want to know…is quitting Facebook something that you’ve thought about? Either in your personal life or for your business. Have you done it too? What happened with your business? Did anything change? Did you feel like you had more free time? Or is Facebook really working for you? We’d love to know what you have to say so leave a comment down below. 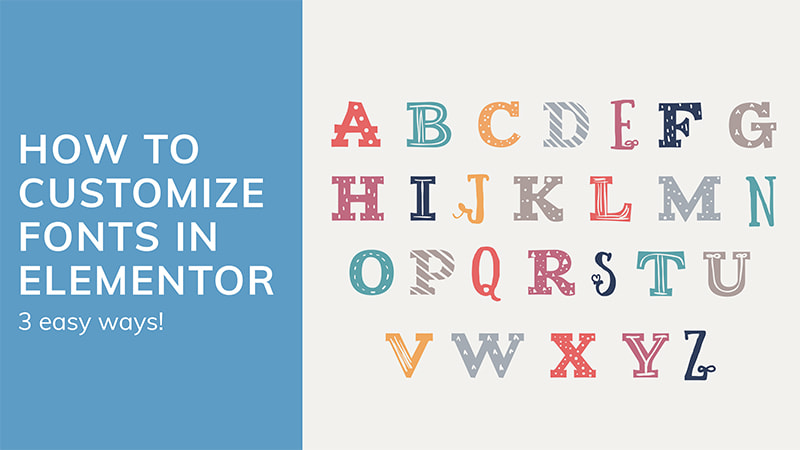 How to Add Custom Fonts in Elementor 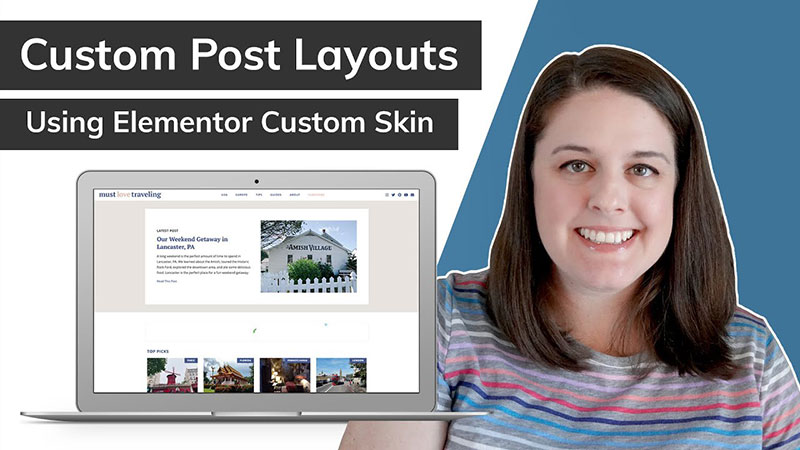 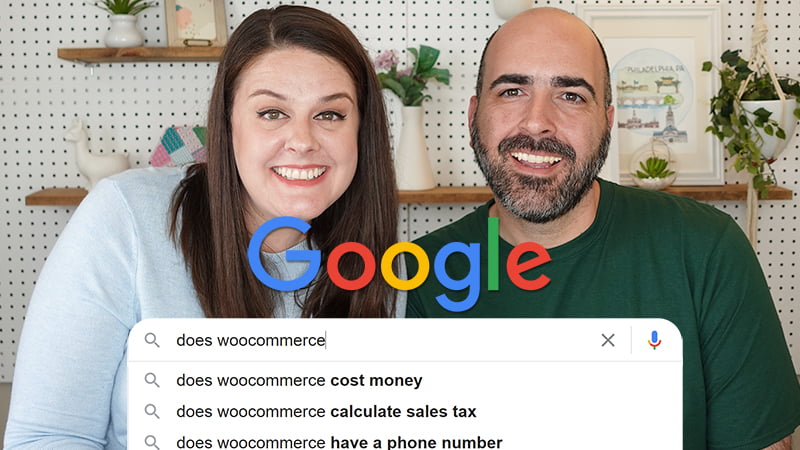 Answering your Autocomplete Questions About Woocommerce